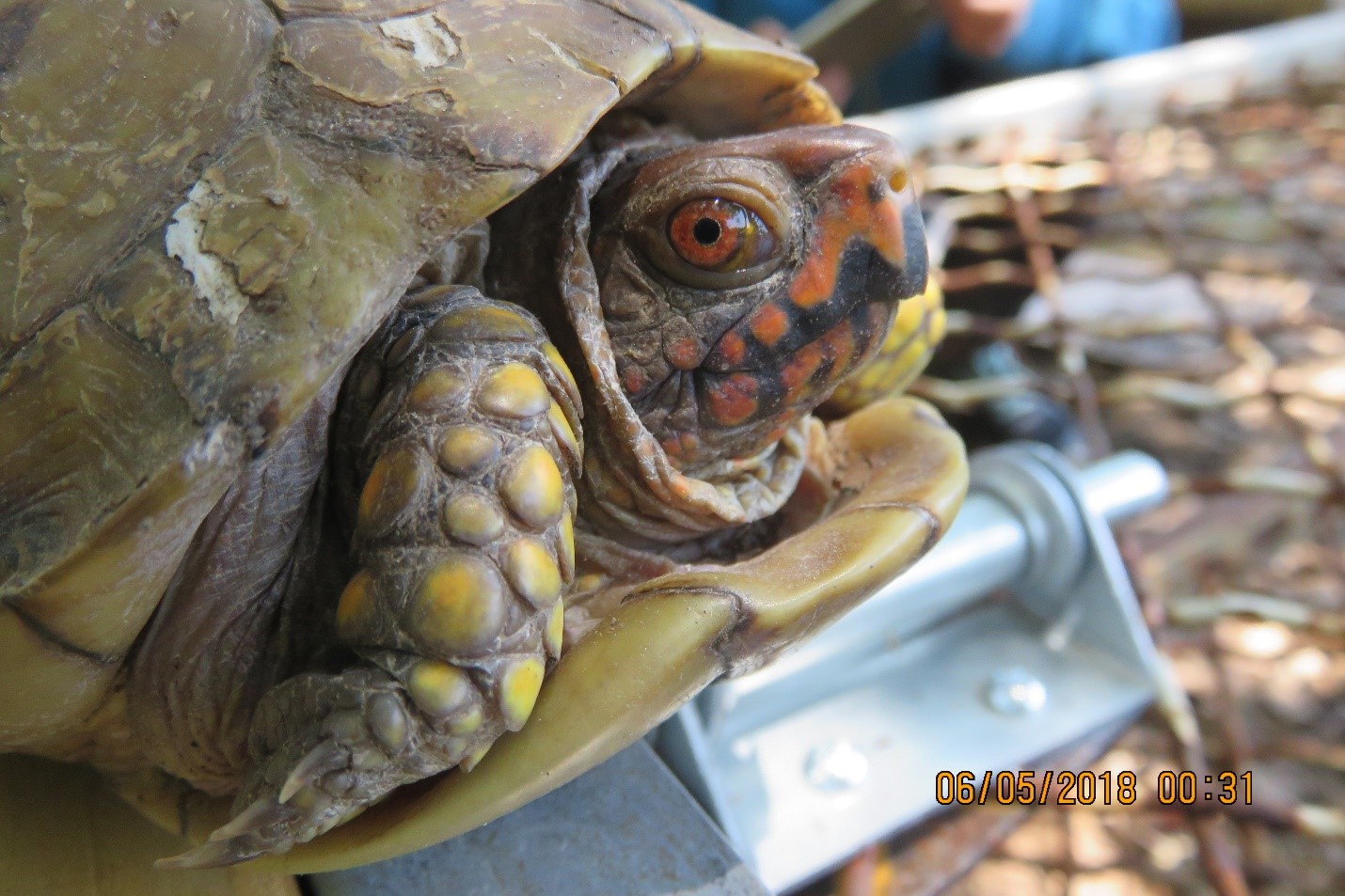 LLELA staff and volunteers conducted habitat restoration for nearly ten years before a single box turtle was observed and documented on the property.  The scientific literature is full of studies documenting the decline of box turtle species’ abundance over the last three or four decades; citing the pet trade, habitat fragmentation, loss of habitat, and vehicular mortality as partial explanations for these losses. In spite of this, many native non-game species’ populations have not been closely monitored by governmental agencies and therefore little is known about the status of local populations.

The discovery of the first three-toed box turtle at LLELA triggered a number of troubling questions about the status of this species on the property (as well as that of the ornate box turtle).

Among those are: Is there reproduction taking place within this population? Are mortality rates due to predation rates that exceed reproductive rates? Is the quality of the habitat insufficient? No juvenile or young turtles had ever been found on-site until very recently.  It appears that many age classes of turtles are missing, which may indicate an unhealthy population.  Only older turtles estimated to be between 50 and 80 years old have been encountered.  Are the other age classes missing or just very hard to find? If they are missing, what happened about 50 years ago that changed? If adult turtles are reintroduced, will they stay or attempt to travel back to their former home range?

What issues are facing box turtle populations on the 2,600 acres of LLELA? The paucity of sightings seemed to indicate that we have a small, fragile population. If so, how can we learn more about which significant environmental issues they are confronting and possibly add individuals to this dwindling population to ensure that enough reproduction takes place to stabilize the population?

In 2018, LLELA’s box turtle restoration project began by capturing, attaching transmitters to every turtle that was found, and tracking them weekly in order to get a better understanding of their habitat usage and home ranges. To date, two years of tracking data have been collected by volunteers and UNT students.

Several rearing facilities were built to raise donated young turtles for later release when they are large enough to survive potential predation attempts in the wild. Several of the 25 young turtles overwintering in the facility will be released this year.

Sara Van Der Leek is a UNT graduate student whose Master’s research problem is “Home Range, Movements, Habitat Use, and Reproduction of the Three-toed Box Turtle (Terrapenne carolina triunguis) on a Habitat Island in North Texas.” Her research will involve marking each turtle, attaching transmitters, and tracking the movements of released turtles, in an attempt to answer some of the above questions. 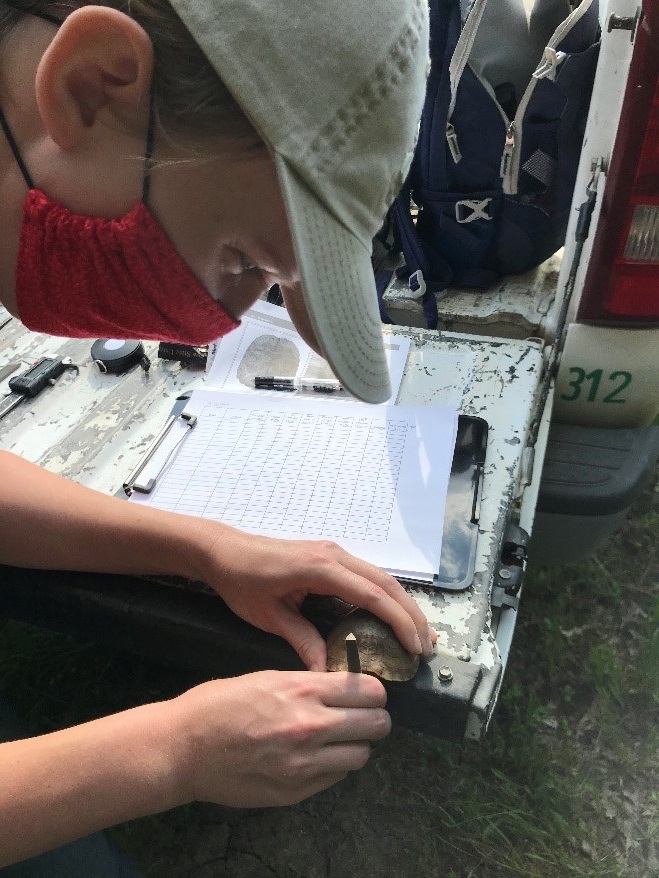 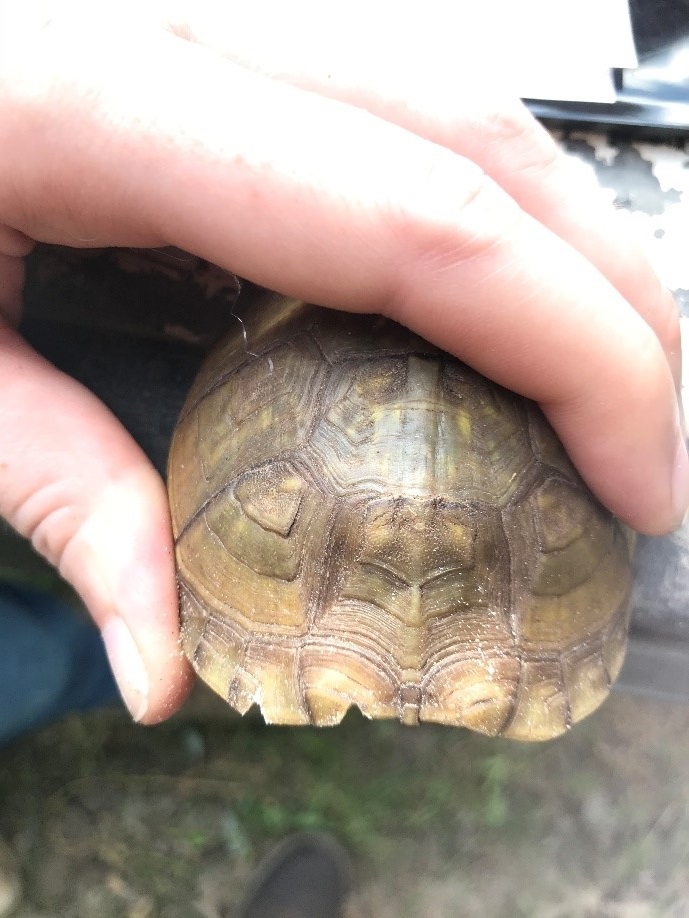 The bottom line for LLELA and the UNT restoration ecologists who serve as land stewards of the property, is to gain a better understanding of the life requisites of this native species enabling the implementation of best practices to provide the best quality habitat possible.