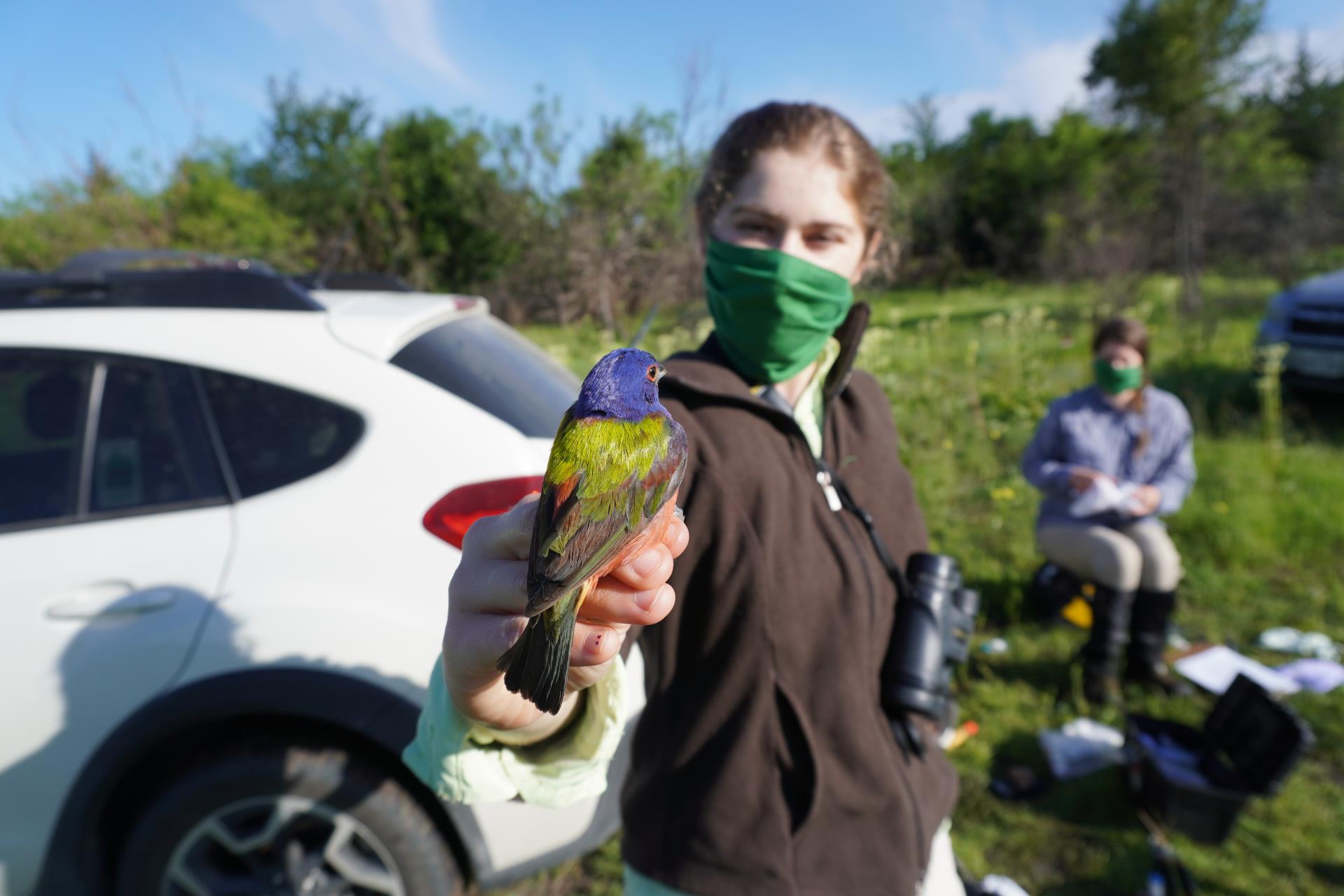 Painted Buntings are migratory songbirds, fairly common in North Texas during their summer breeding season and widely recognized for the adult males’ distinctive rainbow feathers. Despite their popularity, there are still many things we do not know about their breeding behavior. Unusually for songbirds, young male Painted Buntings are visually identical to adult females for their first breeding season, spending a year longer than most species before they develop their adult colors. Why are young male birds always “green males” in this species? Color is an important part of how birds communicate, and the reason for green males being green is currently unknown. It is also unclear how young (green) males behave differently from adult (colorful) males, and how that affects the behavior of the rest of the species.

A team of researchers from the University of North Texas at Denton has been monitoring Painted Buntings at LLELA since 2017, collecting data such as population density, territory sizes, genetic samples, and observing territorial and nesting behavior. Researchers on this project include Dr. Jim Bednarz, graduate student Christine Gurley (expected grad. 2020), and new graduate Katie Ceynar. The summer team typically also includes several undergraduate student researchers and citizen scientist volunteers. The team’s research questions include how birds of different ages and sexes are treated in territorial disputes, how often individual birds return to the same breeding territories, how female birds decide where to place their nests, and how the birds at LLELA change their behavior in response to ongoing prairie habitat restoration. Understanding the breeding behavior of this species, including the “green males,” is both interesting to the bird research community and informative for designing effective conservation measures for Painted Buntings and their habitat.