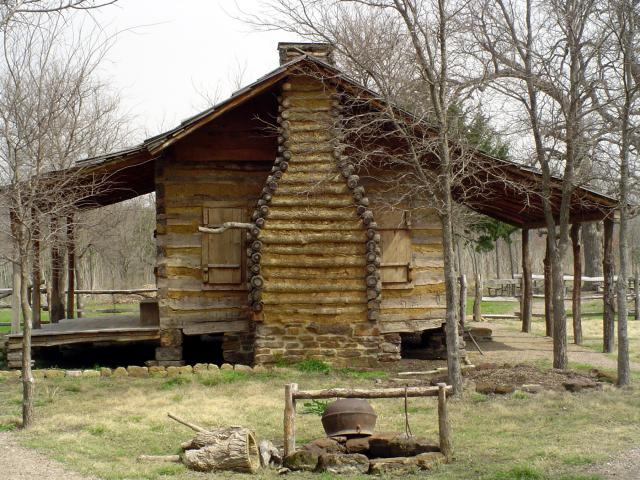 William Tipton Minor came to Texas from Alabama in 1869 and soon after bought property in what would become today’s town of Highland Village. Around the same time, he married Mary Nowlin, whose family had emigrated to Denton County in 1854. He built a log home for his new family. Mary died in 1879. They had no children. William married Mary’s sister, Vesta Ann Nowlin, in 1881. They had two children: a daughter named Alice and a son named Beecher. Vesta Ann died in 1895, when Alice was only 14 years old. Alice kept house and took care of her father and brother. When Alice married Clarence Olin Porter in 1901, the couple set up housekeeping in the log house. They added rooms to the home and covered the logs with siding, and from that point on most people (even younger family members) were unaware there was a log house hiding within what the family now referred to as “The Prairie House.” The enlarged home had a long front porch divided by a “dog trot”—a central hall or covered porch. The log house, now hidden, was the corner room on the right as one looked at the front of the house. A dining room and kitchen were added behind that room and bedrooms and a parlor were added on the other side of the central hall. William continued to live with Alice and Clarence in the Prairie House until his death in 1926. He had lived on his farm for 56 years.

Alice and Clarence had five children: Ruby, Fred, Ray, Olin, and Lillian. They were the last family to live in the house. The children were grown when their parents died. The property went to Olin and Ray, who sold his share to Olin. When Olin died in 1997, his two daughters Linda and Beverly inherited the property. After the land was sold for development and the house was to be demolished, the log home was found inside the Prairie House and was donated to the City of Lewisville. In 2005, the City moved the log house to LLELA. Bill Marquis of Stony, TX, a specialist in the restoration of log structures, restored the log house during 2005 and 2006.

The Minor‐Porter Log House is a beautiful example of log house craftsmanship during the mid to late‐1800’s. Looking closely at the expertly cut half‐dovetailed corners and the way the logs were prepared, one can’t help but respect the skill involved in building a home with the simple tools available (examples are hanging on the back wall of the home).

The log house is completely furnished with actual artifacts from the late 1800’s, and represents a typical North Texas home of the time. The home is open on the third Saturday of most months. Times vary; check our calendar for upcoming dates and times. Tours are available at other times for groups—contact 972.219.3550 or cspears@cityoflewisville.com to make a reservation. 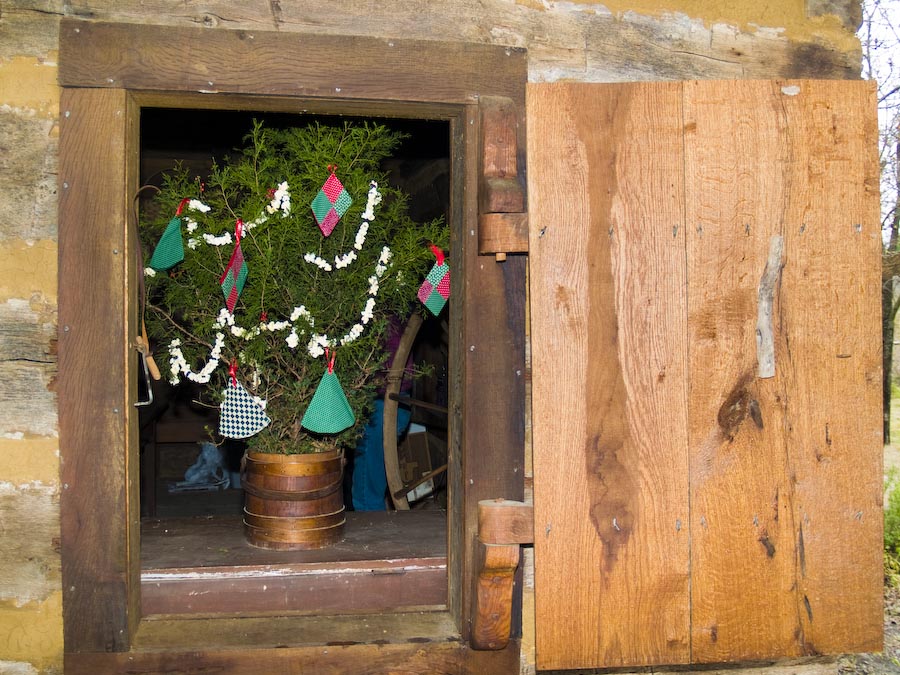 Christmas at the Cabin is a popular annual December event at the Minor-Porter Log House, with food, music, and crafts for visitors of all ages. Information related to this event is published each fall.