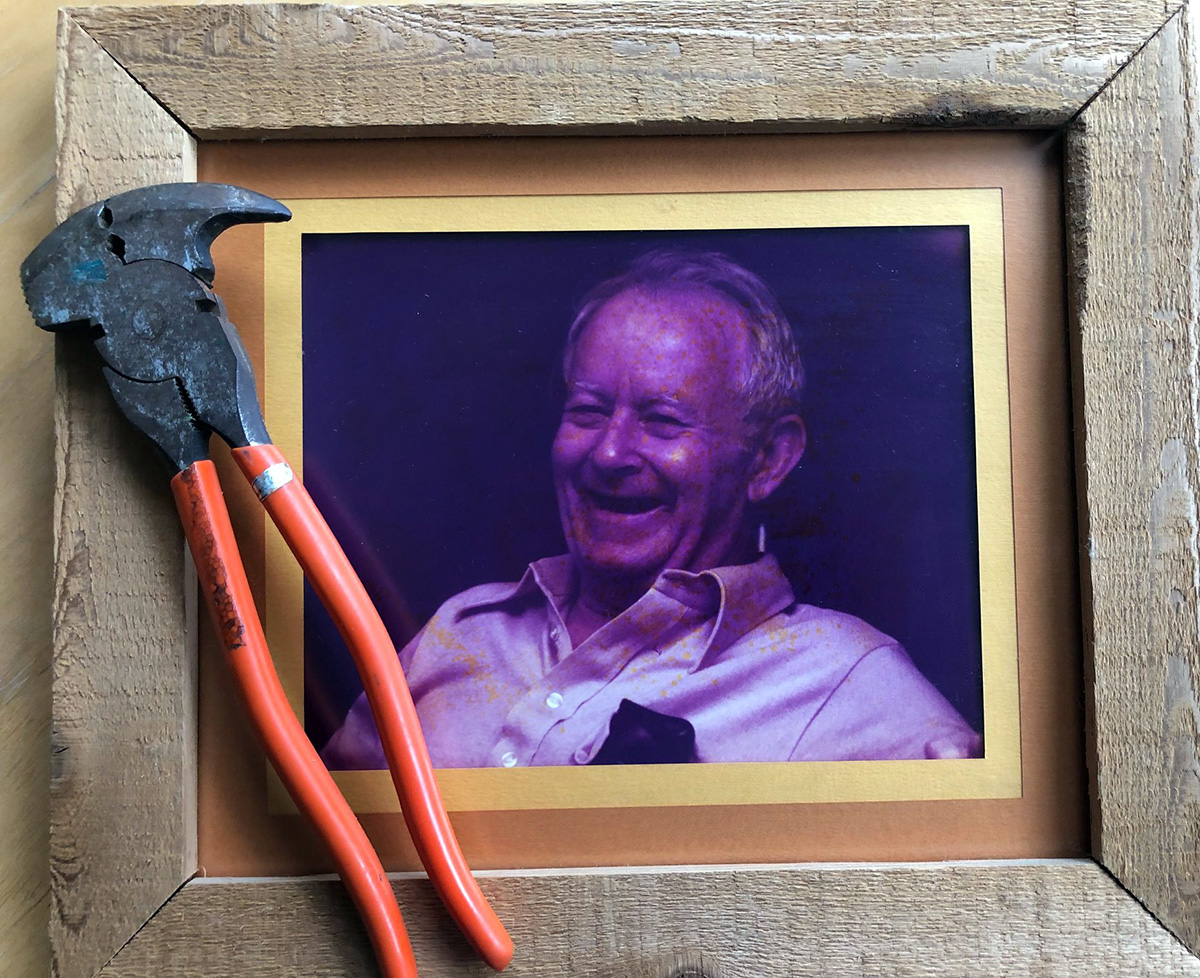 Some 40 years ago, I was working with my father-in-law on something. It might have been installing an attic fan, fixing a washing machine, remodeling a kitchen, or any number of countless things. So many projects and so long ago. Coleen and I were endlessly supported by her parents as we roamed around Texas, chasing the future. We moved seven times in as many years and every one of them involved Cleo and Betty showing up in a Ford Fairlane weighted down by hundreds of pounds of tools in the trunk. You know all those trips you have to make to Home Depot at the start, middle, and end of a DIY project? We didn’t have that back in the day. We had Cleo’s trunk.

Anyway, somewhere along the way, Cleo pulled this red-handled thing out of his trunk and gave it to me. “Fence pliers,” he said, as I hefted it, confused. The only thing that came to mind was a weapon in a murder mystery. He said it was perfect for barbed wire jobs. I reminded him that I was an English teacher, not a rancher. He said, “Keep it. It’s handy.”

So, we were working at LLELA a couple of weeks ago, taking down a barbed wire fence that once was used to corral some American bison (editor's note: LLELA no longer maintains a bison herd ). Someone was handing out regular pliers, screwdrivers and other assorted tools. Among them were fence pliers. It was quite a flashback. I grabbed a pair, still not knowing how they worked but quickly found out. The function of the tool is beautifully apparent when dismantling a barbed wire fence. No user manual required.

I thought about Cleo that whole morning in the sun. He modeled a certain work ethic that stuck with me – the art of taking joy in work. Everyone at LLELA seems to have also taken this advanced course in the pleasure of not only the result of the effort (a clear hiking trail, a natural prairie, etc.) but the actual work itself.

I remembered something the next week when we went out again to finish the fence job. It occurred to me that I might still have those “handy” pliers. Sure enough, in the box of old stuff in the garage that I never use anymore (you know the one, if you are of a certain age), there they were. What a delight it was to take a 40-year old gift out to field and make perfect use of it for the first time.

The whole episode has me thinking about how we live past our physical time on this good earth. What “tool” might someone take from me to build a useful thing, or fix a thing broken, or remove a barrier obscuring something true and beautiful? When we finished pulling the last stake, it was as though the fence had never existed, aside from the trampled paths we created while working on it, and those will vanish in days under a robust summer prairie.

But some things do remain. Good tools and ideas, and the memory of the teachers who gave them gladly to those who might make use of them - now, or maybe many years from now.