Both the Carolina Box Turtle (also known as the “Three-toed” box turtle) and the Ornate Box Turtle were historically common in Texas. Unfortunately, like many formerly common species these too have become quite rare. The reasons for this include habitat fragmentation, commercial collecting, fire ants, and many others.

On April 2, 2016 during a prairie restoration workday at LLELA we were fortunate to observe and photograph a female Ornate Box Turtle (at left). Her carapace has distinctive markings due to past injuries, allowing us to identify her from other individuals. Comparing her to a photograph of an ornate box turtle that Master Naturalist Larry Brennan took approximately two years ago (6/14/2014) reveals that it is clearly the same turtle, found not more than one hundred meters from the 2014 location. It is good to know that she is still around. And since Box Turtles can live upwards of 30 years, we'll hope to meet her again another day. 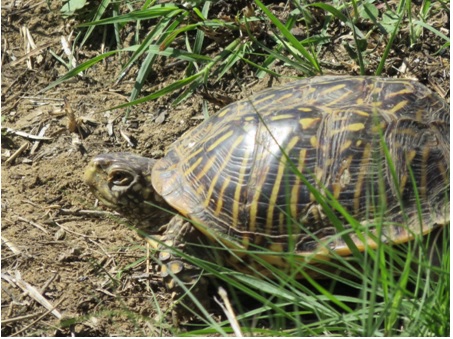 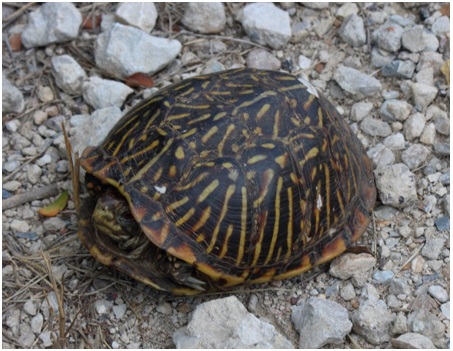