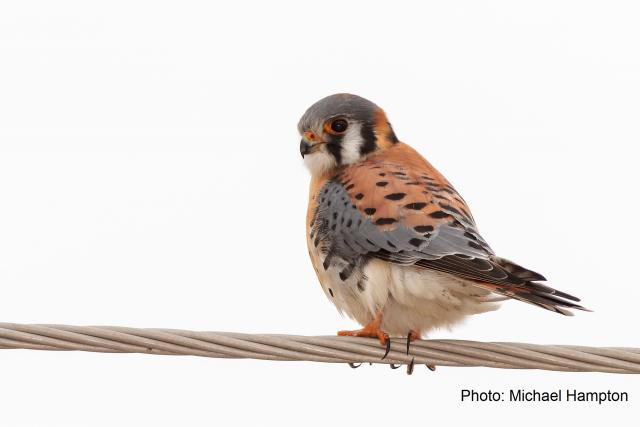 The American Kestrel, formerly known as the “sparrow hawk” in North America, is declining across its range. A number of environmental issues are thought to be causing the decline, but much needs to be learned in order for conservationists to take the appropriate action to stabilize kestrel populations.

LLELA has recently joined The American Kestrel Partnership, a project of The Peregrine Fund. The project was launched in response to these population declines and is a network of citizen and professional scientists working to advance kestrel conservation. Participation in the program involves building, installing, and monitoring one or more kestrel nest boxes, and then entering nest box monitoring data through a Partner Profile on the Partnership website.

Five kestrel nesting boxes were installed at LLELA late this spring, but probably too late to attract nesting kestrels. It often takes a few years before kestrels use man-made nesting cavities. We will be adding more nest boxes in good kestrel habitat at LLELA this fall.

Historically, American Kestrels have been relatively common at LLELA during the winter months and during migration, but are rarely seen during the summer months. No nesting kestrels have ever been recorded at LLELA. One reason might be the lack of suitable nesting cavities. Through participation in the American Kestrel Partnership program, we anticipate having kestrels nesting and fledging young at LLELA.