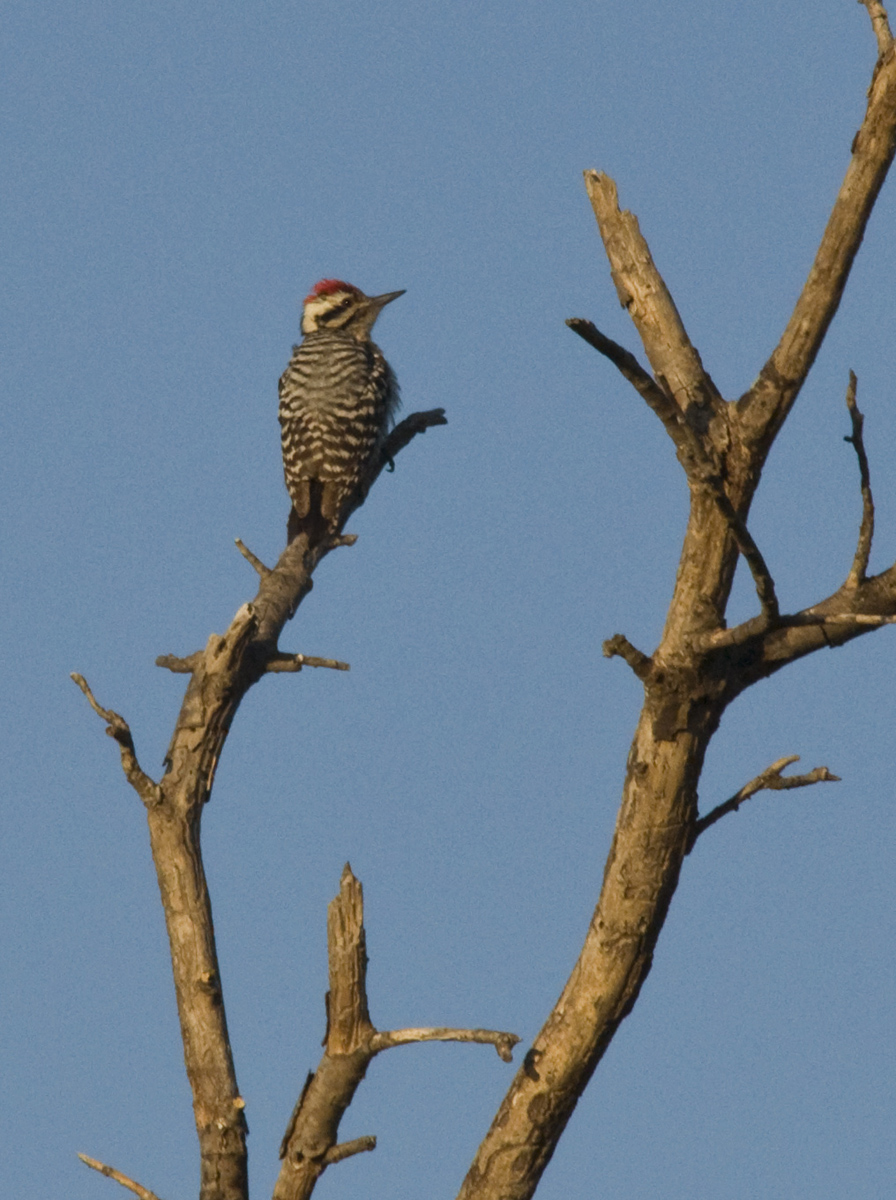 It might surprise you to learn that LLELA is home to a bird which has sometimes been called the “Cactus Woodpecker” for its fondness for nesting and feeding in various species of large cacti. However, this species also likes mesquite trees, and is found throughout the southwestern United States wherever mesquites are found. LLELA is at the eastern edge of its range.

The Ladder‐backed Woodpecker is a species of concern at LLELA. Its fondness for mesquite trees puts it in some danger as we proceed with mesquite clearing in certain areas. The mesquites have encroached on open areas which were historically covered with Big Bluestem, Indian Grass, and other Blackland Prairie vegetation. In our efforts to restore LLELA’s prairies, we also have to keep in mind the needs of the Ladder‐backed Woodpeckers.

This turns out to be a difficult task. While this  species is common throughout the Southwest, it has not been the subject of much scientific research. Most of the particulars related to nesting and raising the young are unknown.

Ladder-backed Woodpeckers are typically seen east of the river, on the southern and eastern parts of the Bittern Marsh Trail. They are also sometimes observed on our monthly Bird Walk, at 7:30 a.m. the second Saturday of most months. More Bird Walk information. 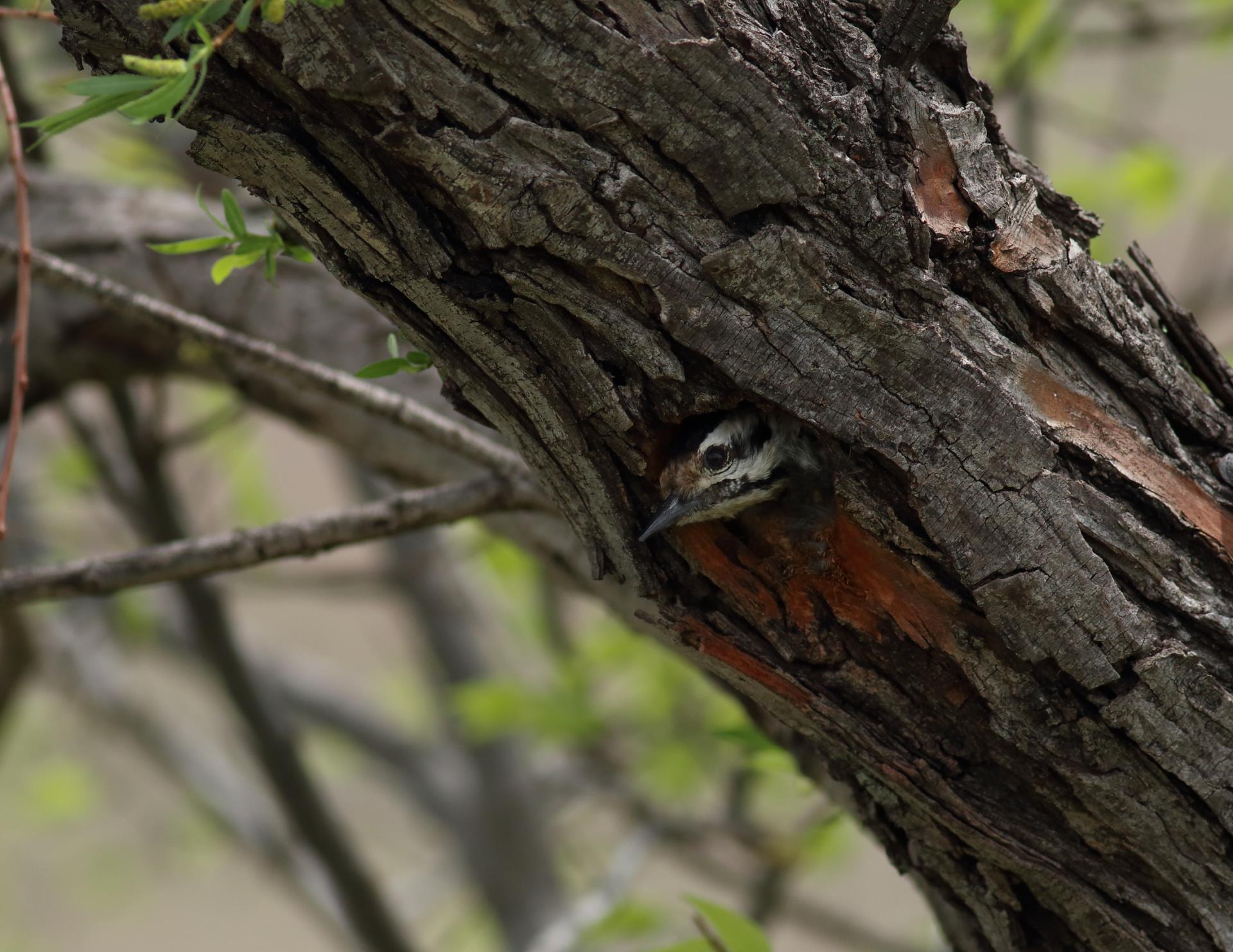 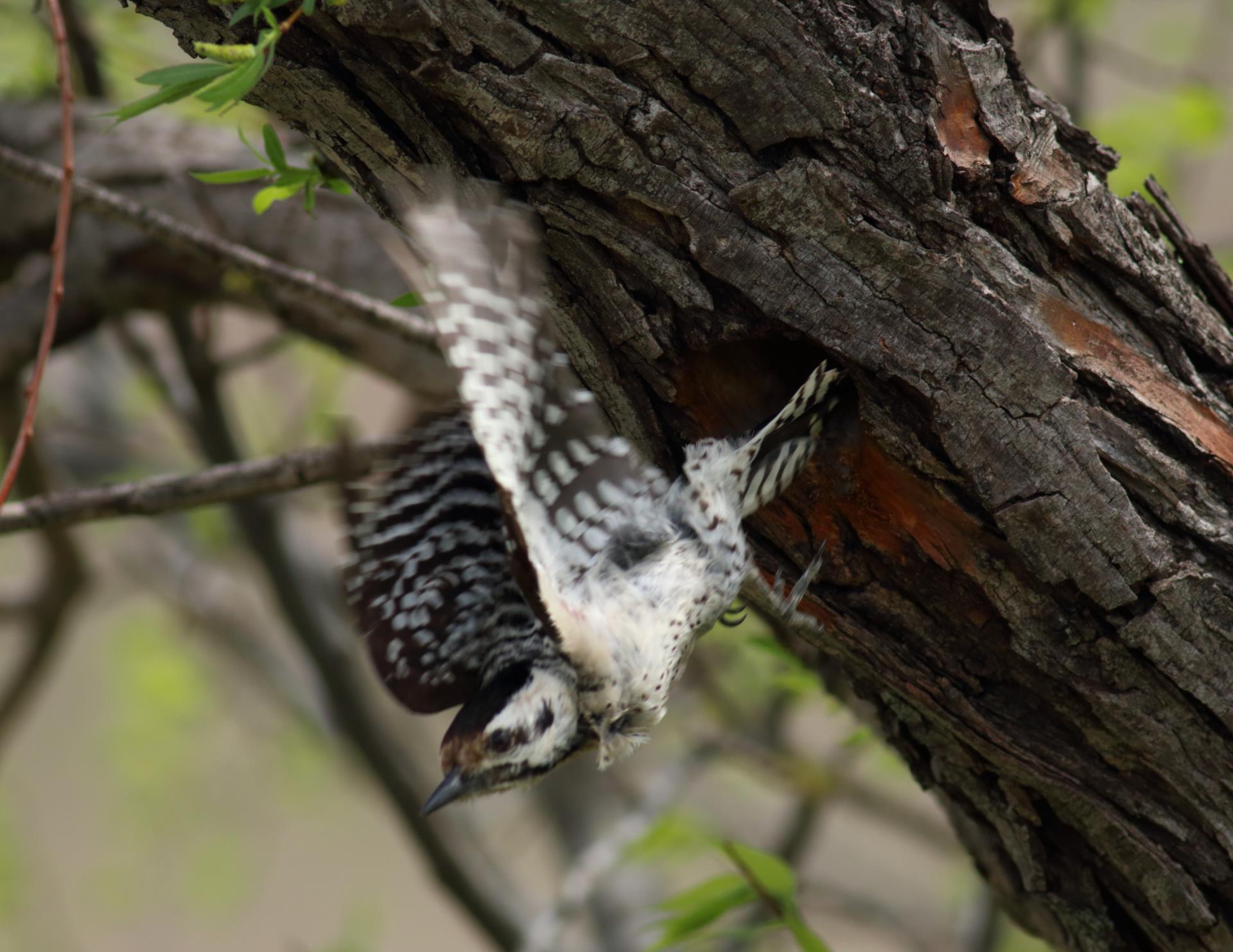