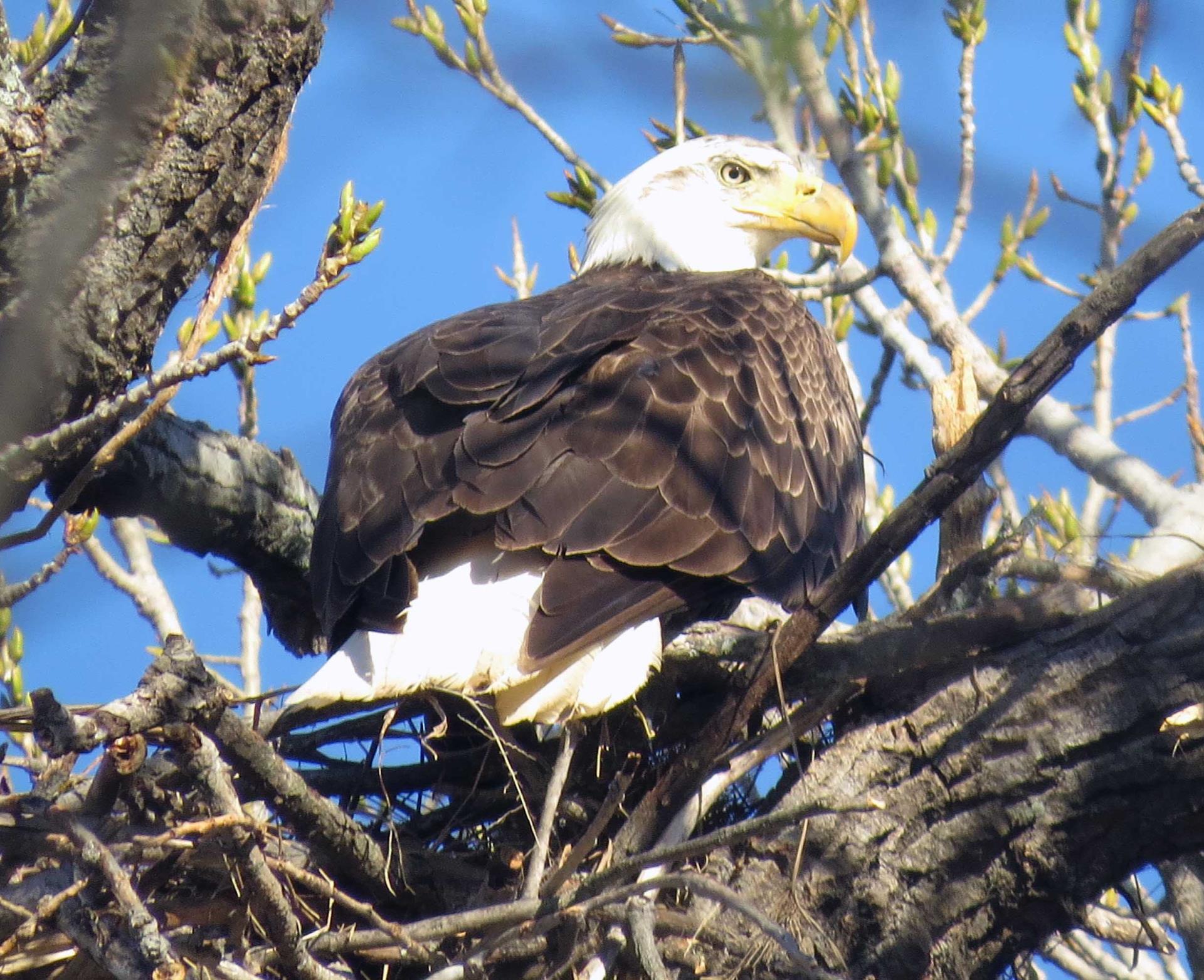 If you’ll take a glance at LLELA’s Bird Checklist, you’ll notice that Bald Eagles are listed as a rare winter resident. However, this summer eagle sightings were anything but rare. Observant naturalists likely wondered what was going on, and might even have suspected the truth…yes. For the first time we have bald eagles nesting at LLELA. The pair just fledged our first two eaglets last month.

Bald eagles are becoming more and more common in north Texas in association with the many reservoirs and rivers throughout the region. Populations continue to rebound from reproductive impairment caused by widespread pesticide usage (mainly DDT) during the 1940s and ‘50s. By 1978 there were fewer than 1,200 pairs of bald eagles in the continental United States, resulting in them receiving endangered species status. But DDT was banned in the U.S. in 1972, over time the eagles recovered, and now many of the reservoirs and major rivers in Texas have bald eagles establishing small populations. LLELA has now joined the list of sites lucky enough to have our national symbol as a nesting species. 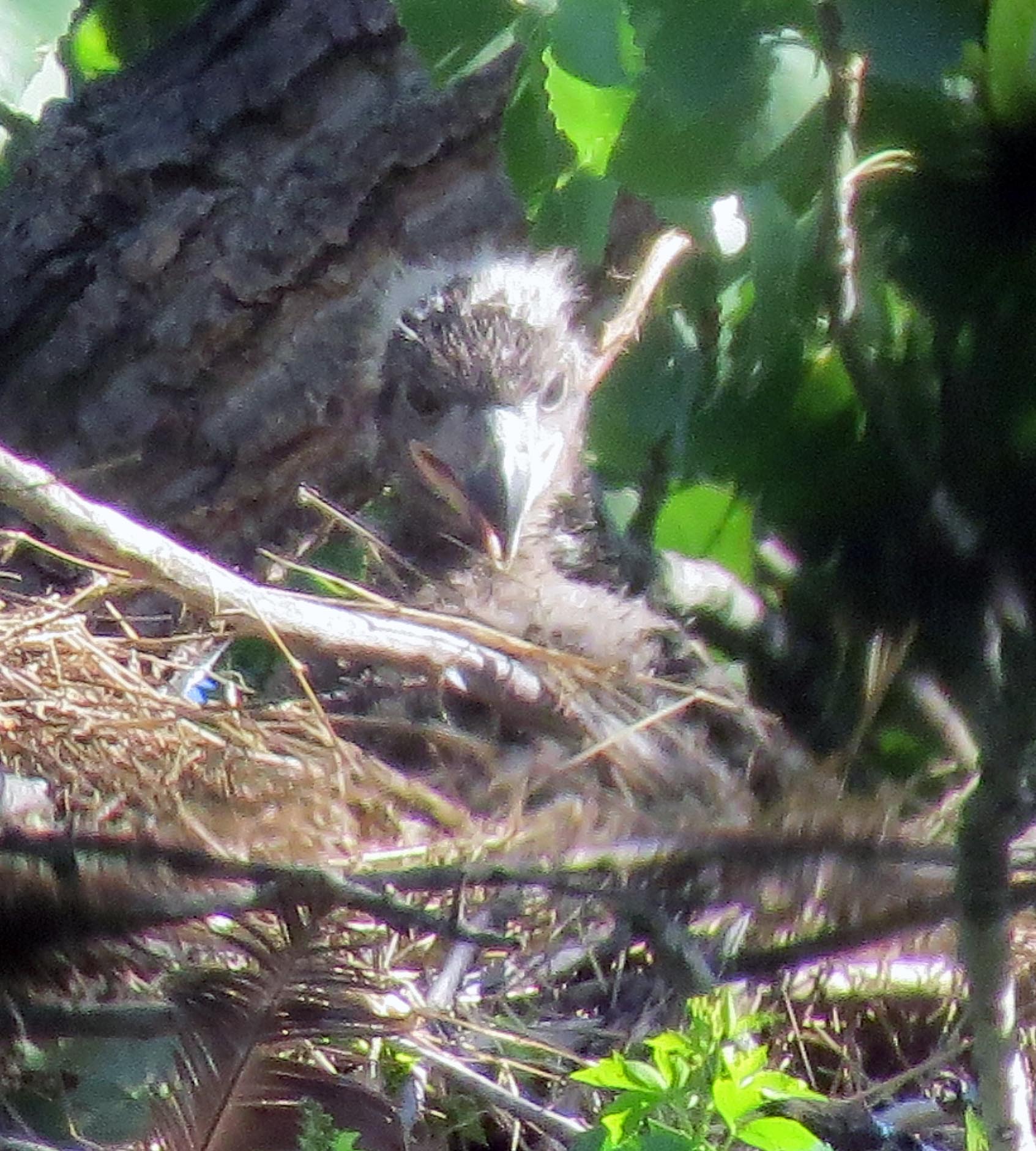 Bald eagles typically lay two eggs but often only one of the nestlings survives to fledge. The two young eagles that fledged this spring will not achieve their adult plumage with the white head and tail characteristic of the species until they are at least four years old. As you hike at LLELA, watch for this, the largest of all our raptors, soaring or gliding on flat wings with a wingspan of nearly seven feet.

We are not revealing the location of the actual nest, and we ask that visitors stay on our trails and resist the urge to go looking for it. We kept this exciting development quiet during the nesting season for a reason. A new nest is very vulnerable to disturbance and may be abandoned by the adults in future years if people are seen in the area. Most of our staff has not seen the nest, either…but you can enjoy the photos provided by photographer Alan Gann, just as we have. Alan had permission from LLELA Director Dr. Ken Steigman to document the nest, and he did so carefully and respectfully, with a long lens some distance from the actual nest site.

With any luck, the eagles will return to the same nesting location next spring, make any repairs needed after winter storms, and settle down to start another eagle generation at LLELA. 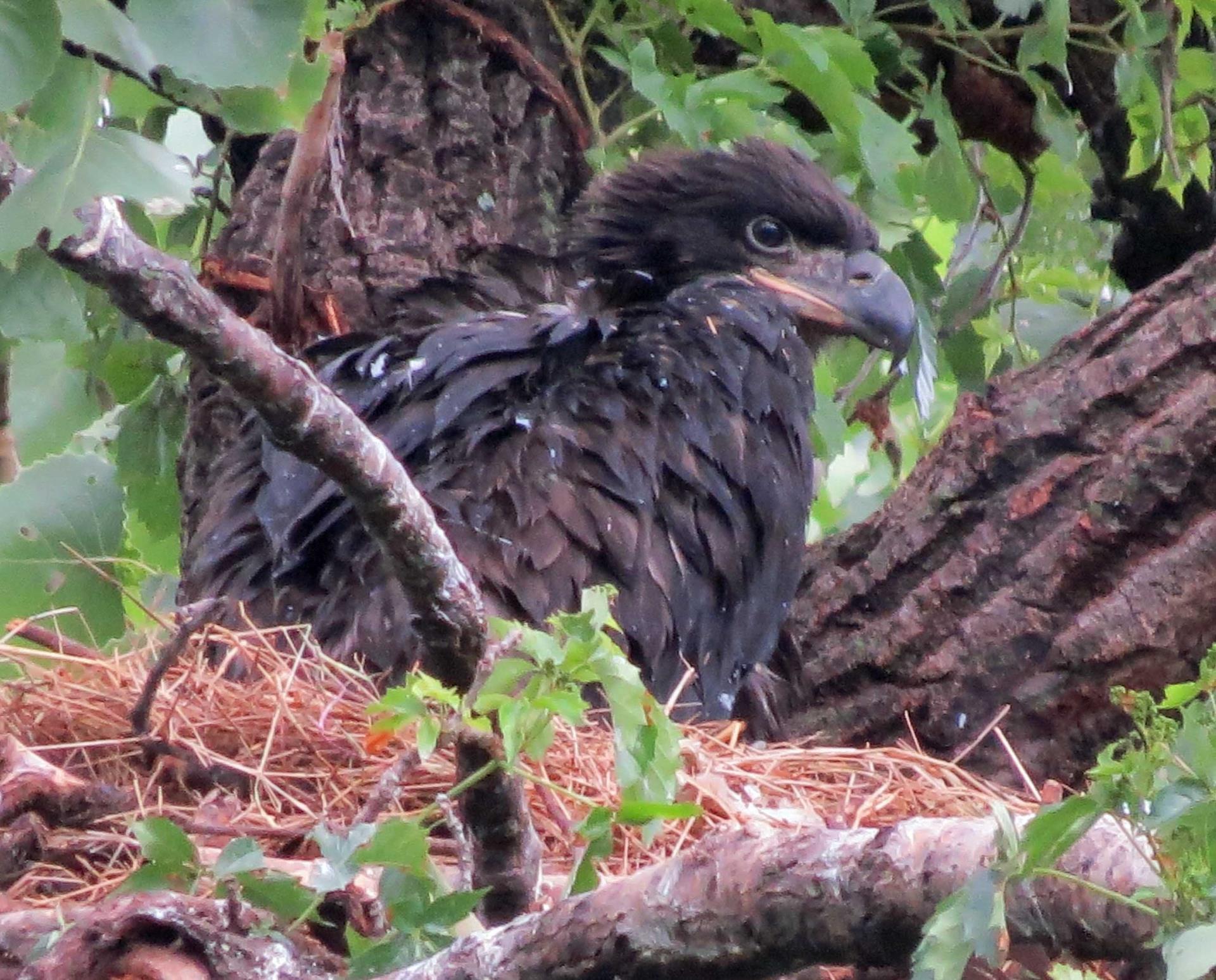 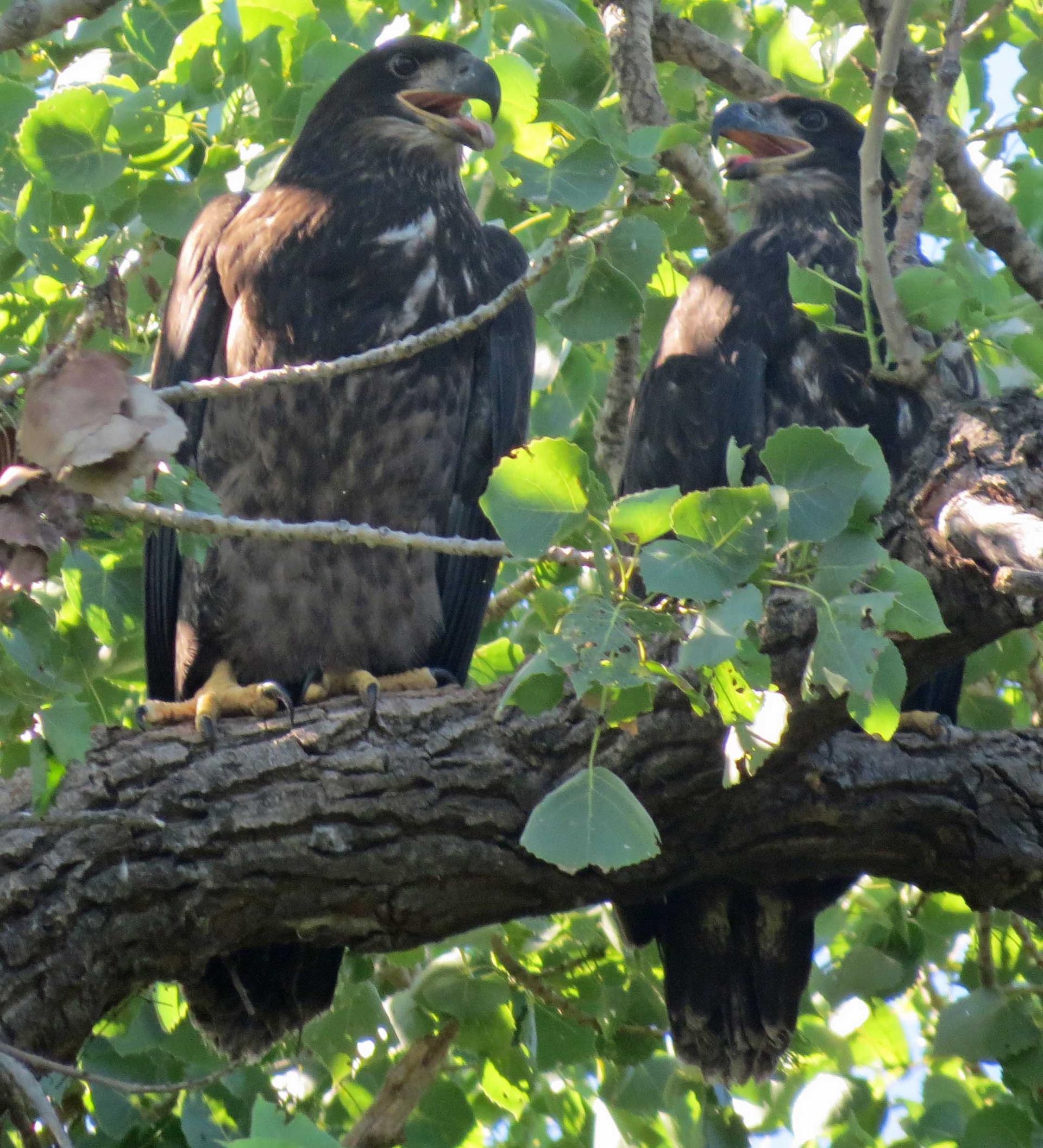